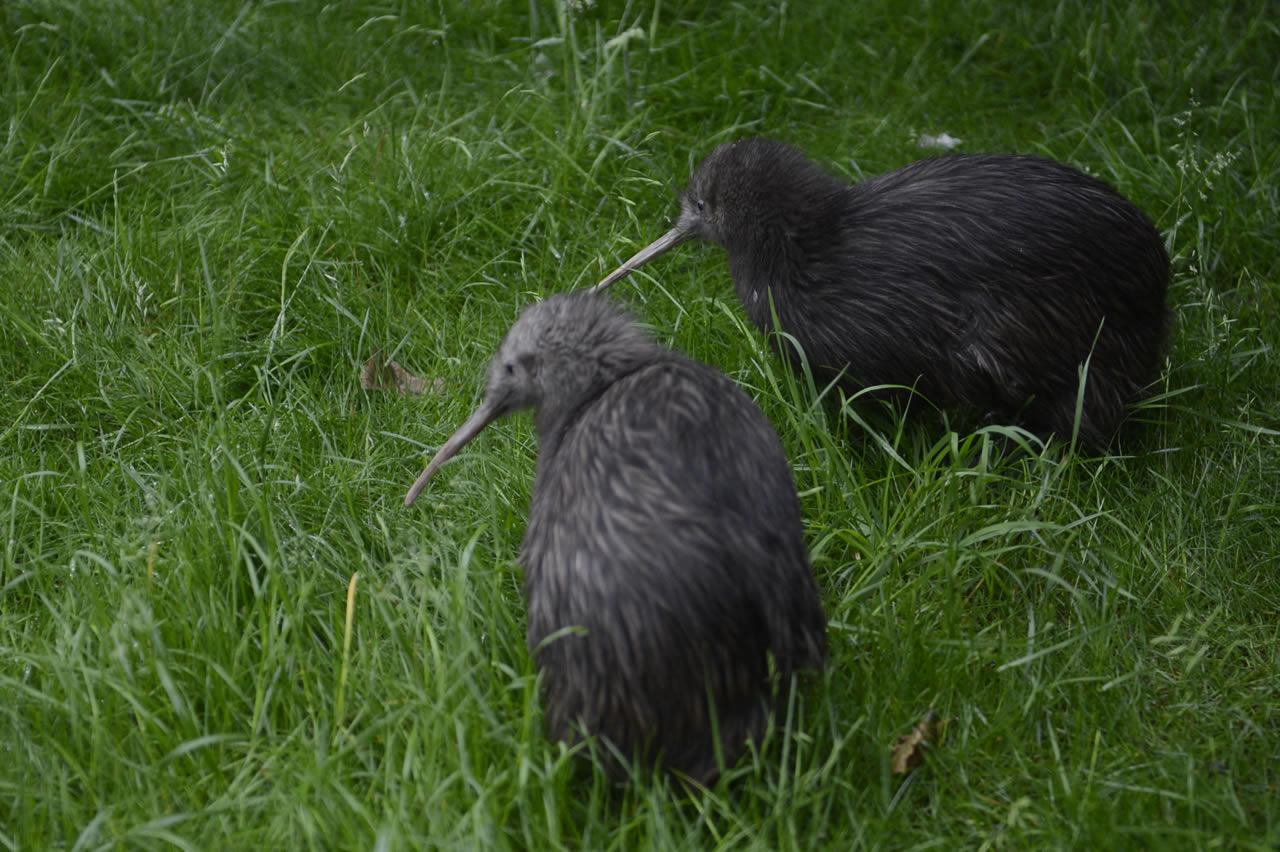 In order to guarantee the survival of the kiwi, zoos not only have to keep the birds, they also have to breed them, even if at first glance, as brown, nocturnal birds, they are not among the public’s favorites. Besides they also need a relatively large space because they have to be kept individually and require a relatively large outdoor enclosure and a dry sleeping box in the house. As nocturnal birds, kiwis often are kept in Nocturnal Houses, but by our own experience the natural climate with rain and changing temperatures is important for the well-being of these birds.

With an age of 3-4 years the kiwi is adult. Males weigh then 2,0-2,5 kg and females up to 4,0 kg. We keep them the partners separately, except in the breeding season. Then both partners use the same outdoor enclosure and have two indoor boxes, which they use separately and sometimes together in one box.

Shortly before laying eggs, the weight of the female increases and the temperature of the abdominal region rises. – Immediately after the egg is laid, the rooster sits on the egg. The second egg is laid about 30 days later. The chicks hatch after 71-84 days. When hatching, they weigh approx. 300 g. In the first few days, they still live off their rich yolk supply. Drinking water will be offered from the 4th day and food from the 11th day. The two chicks of a breeding season always seem to have the same sex. 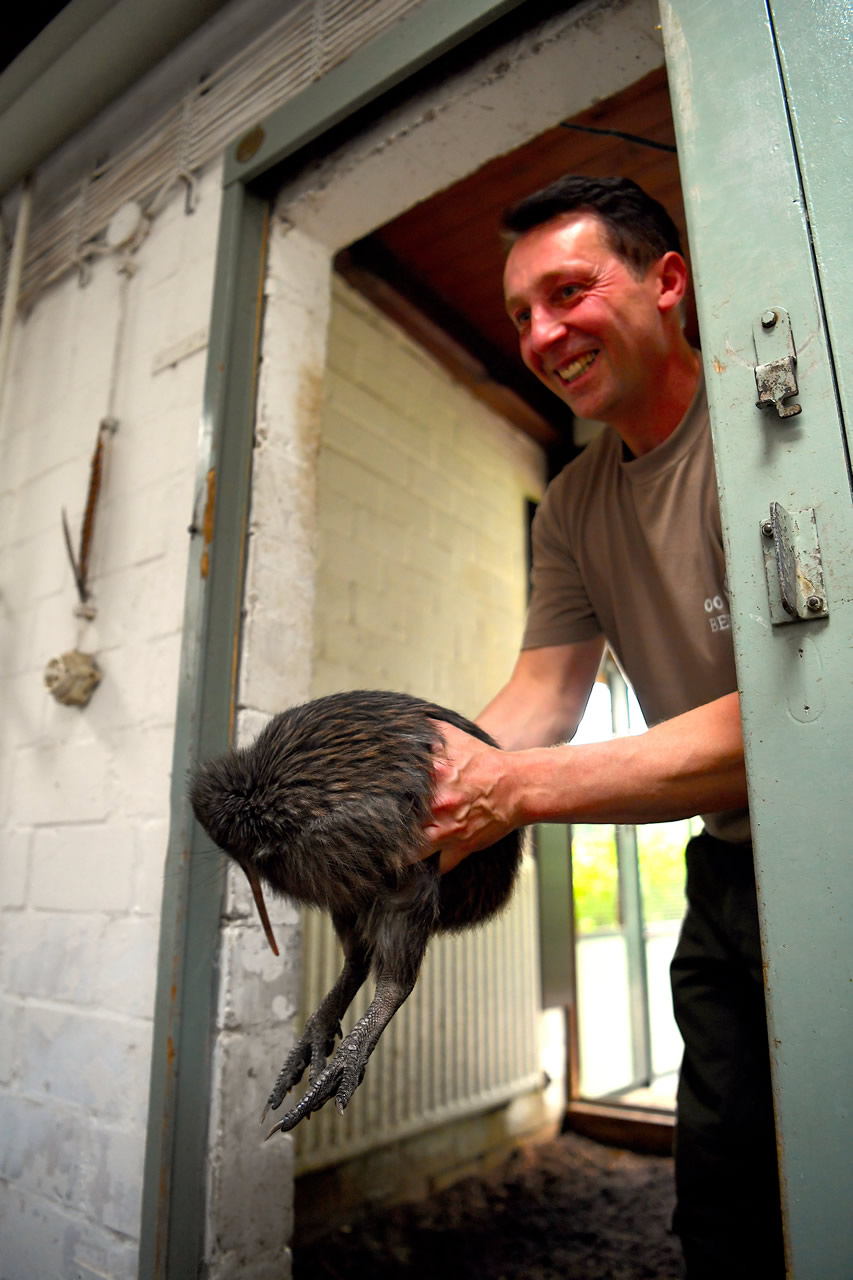 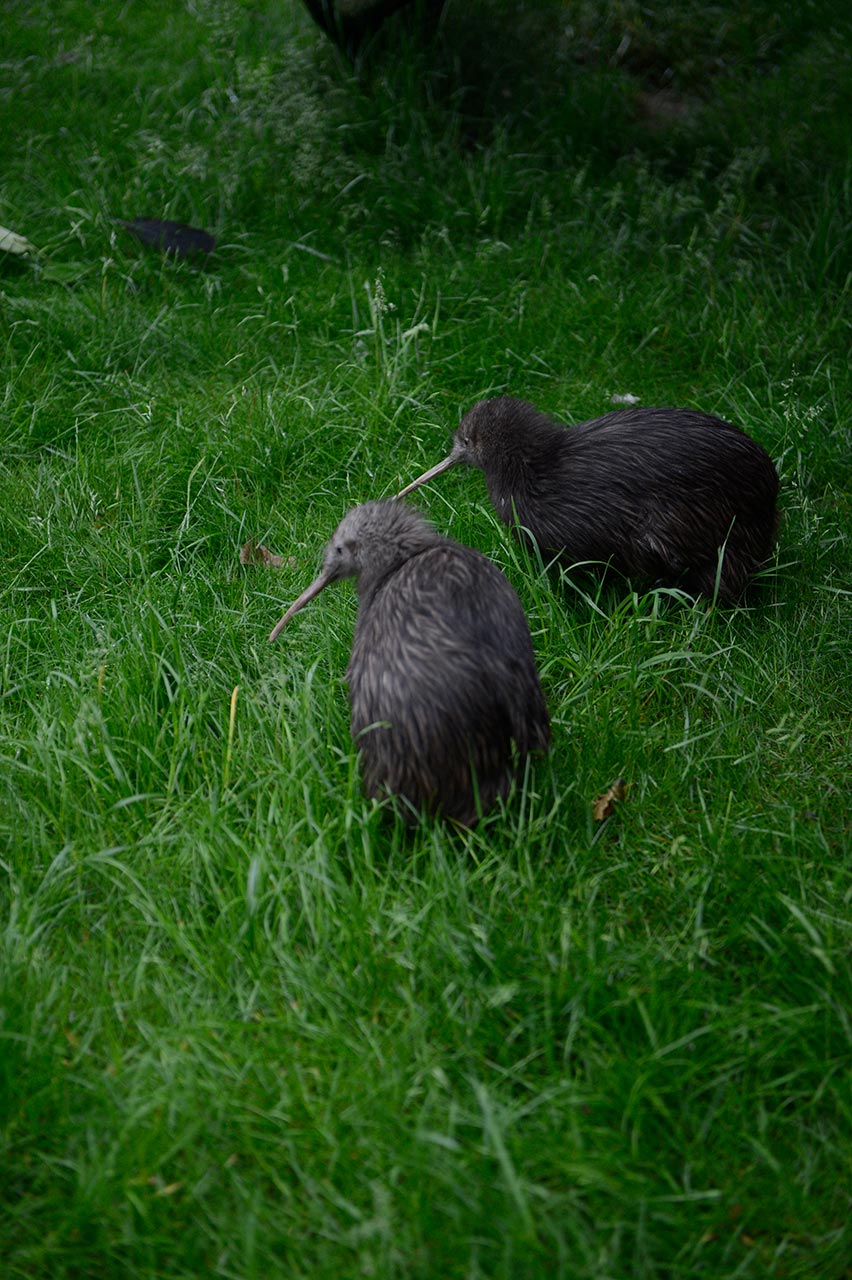 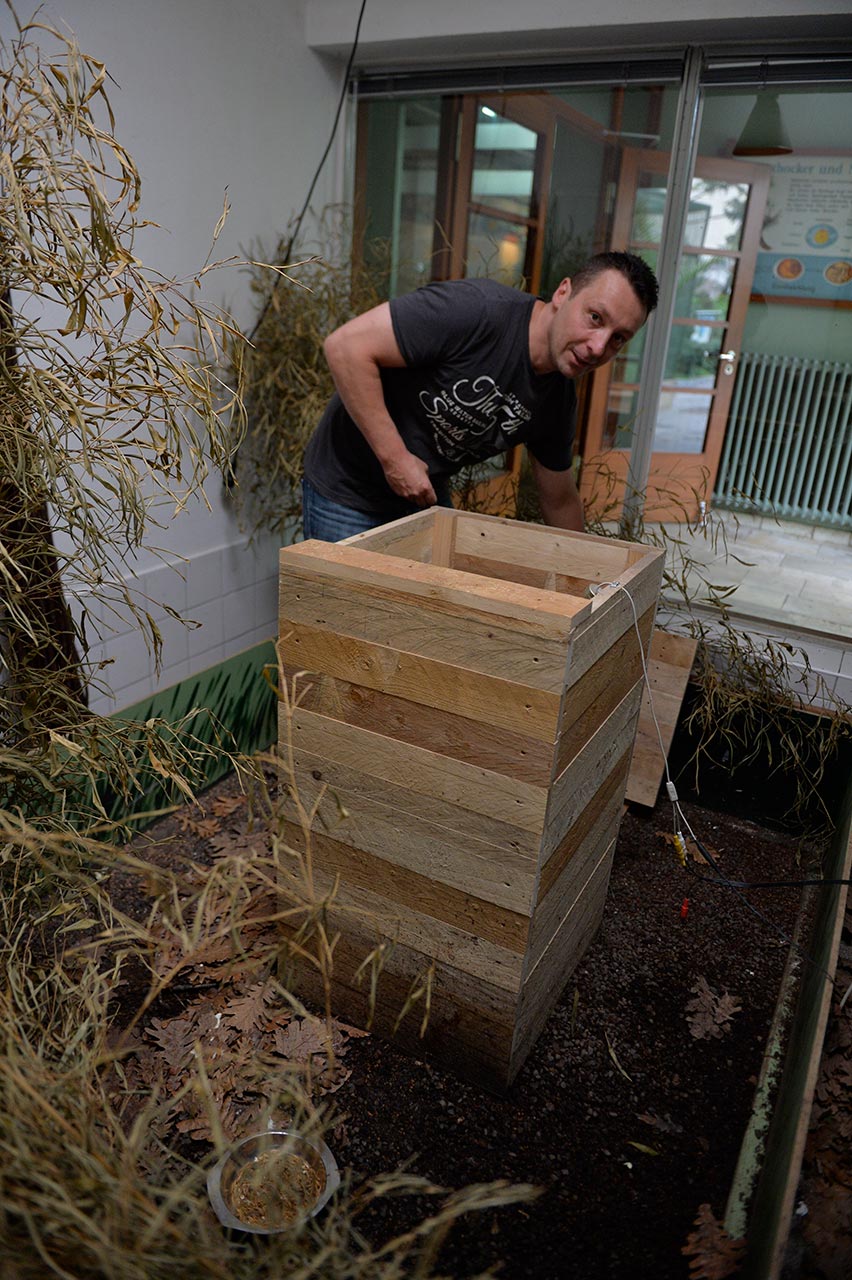 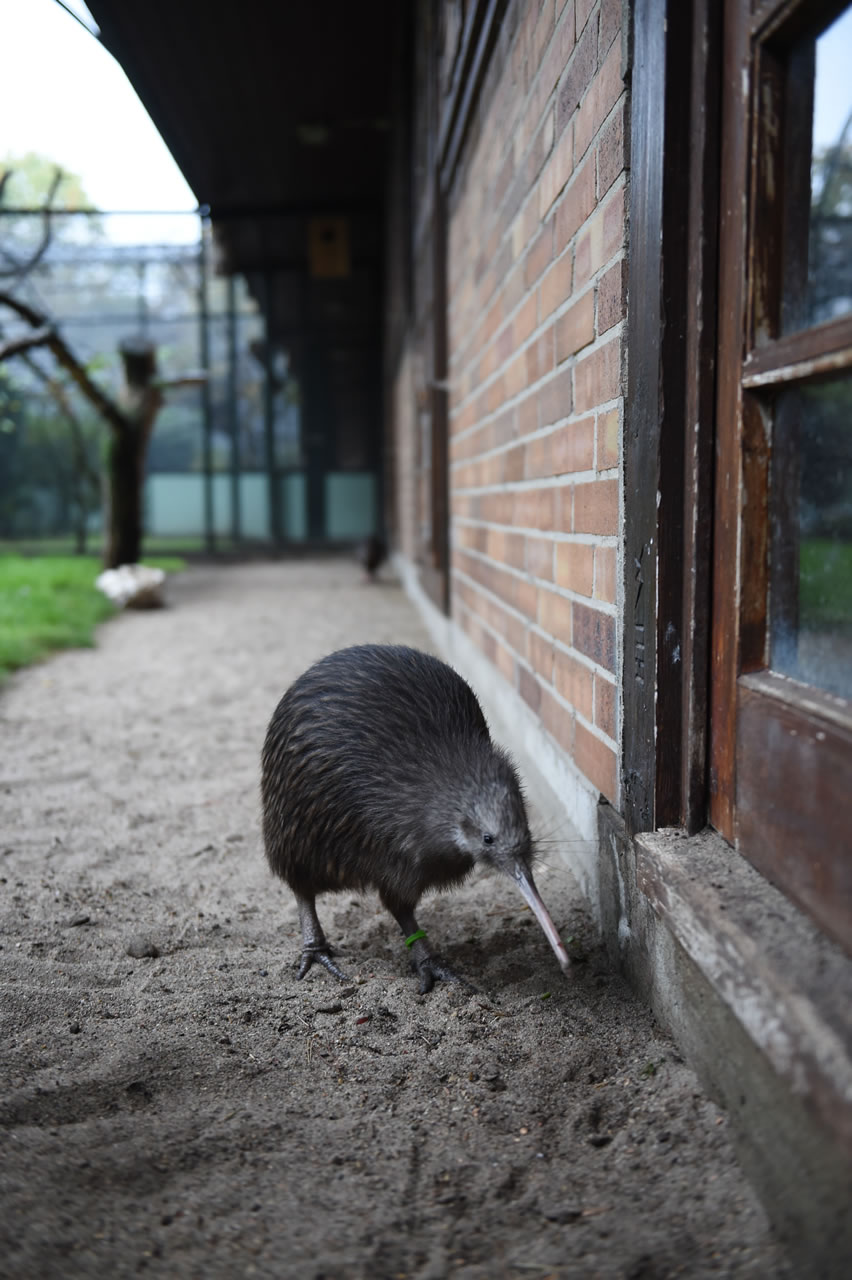 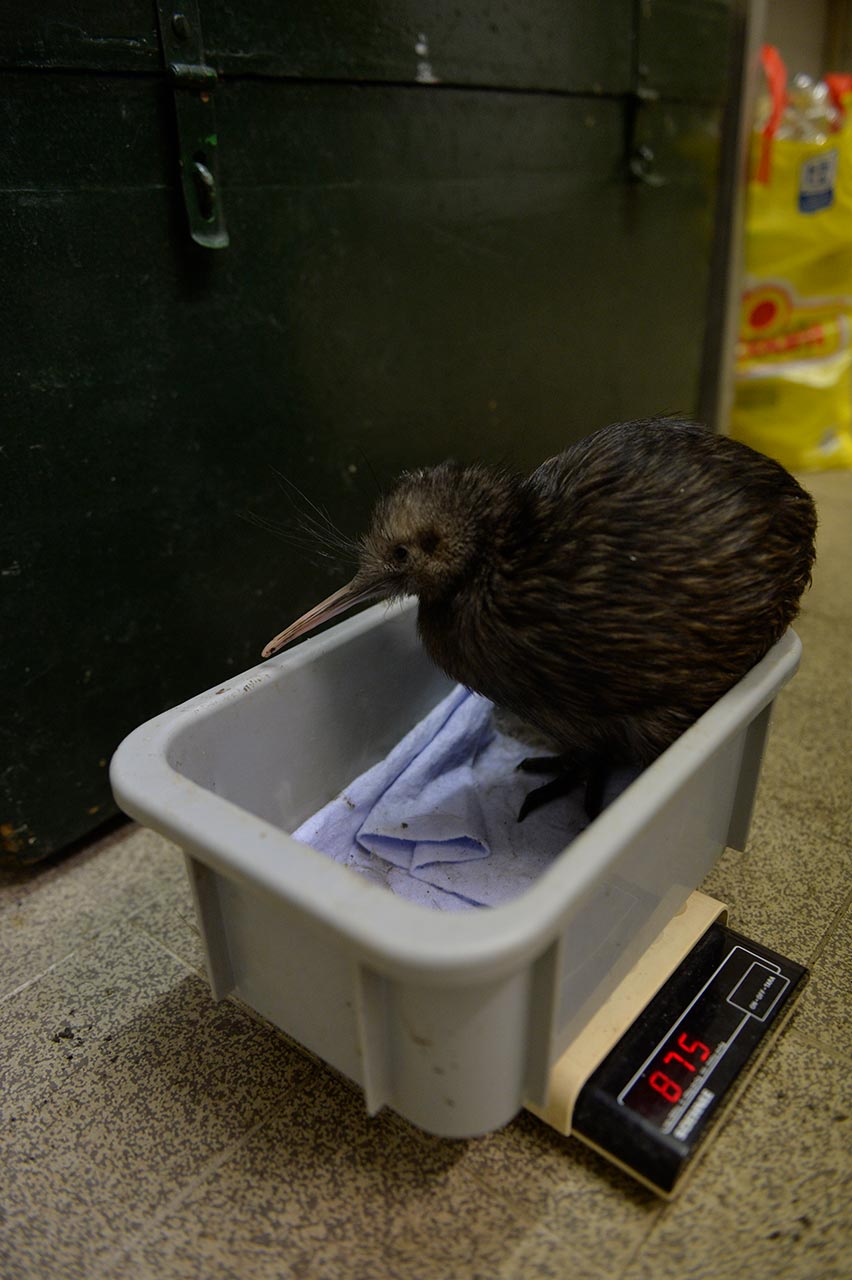 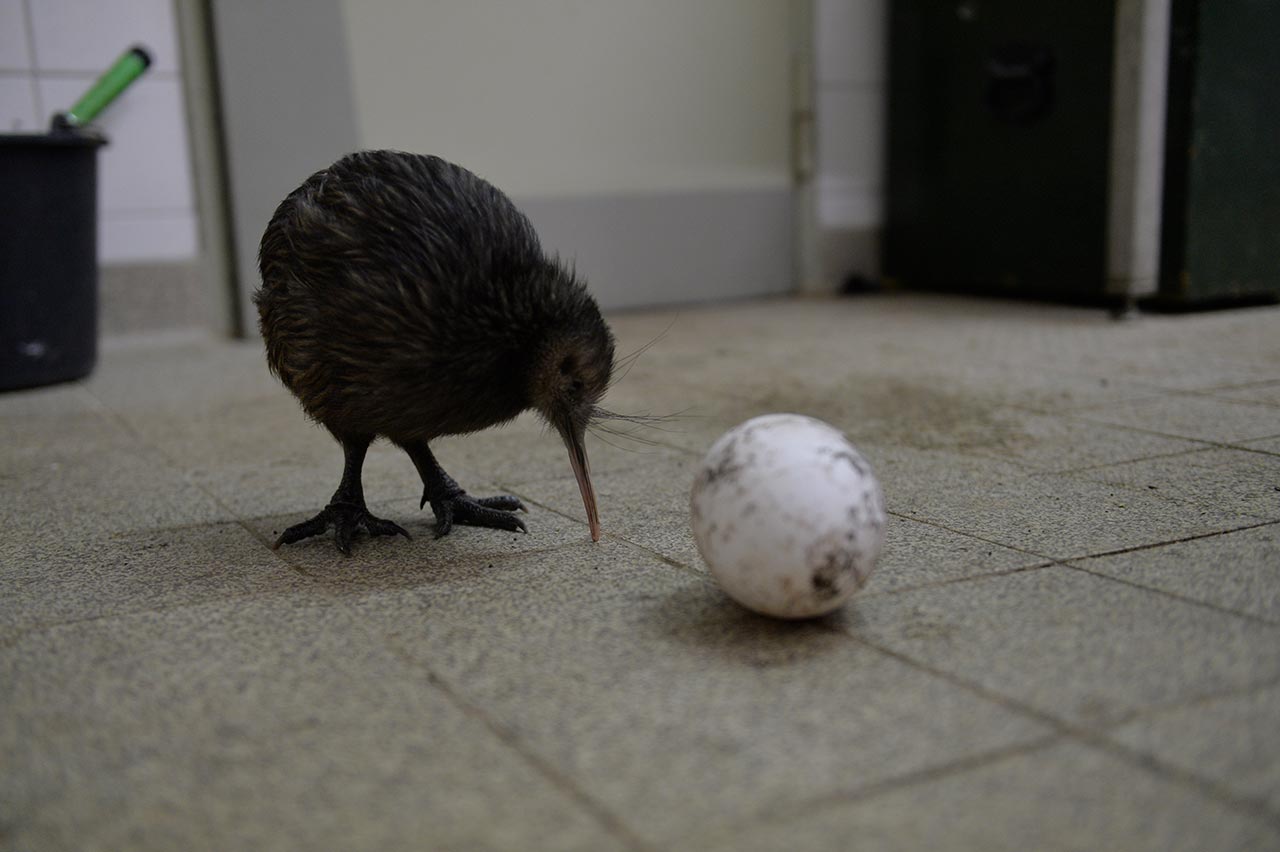 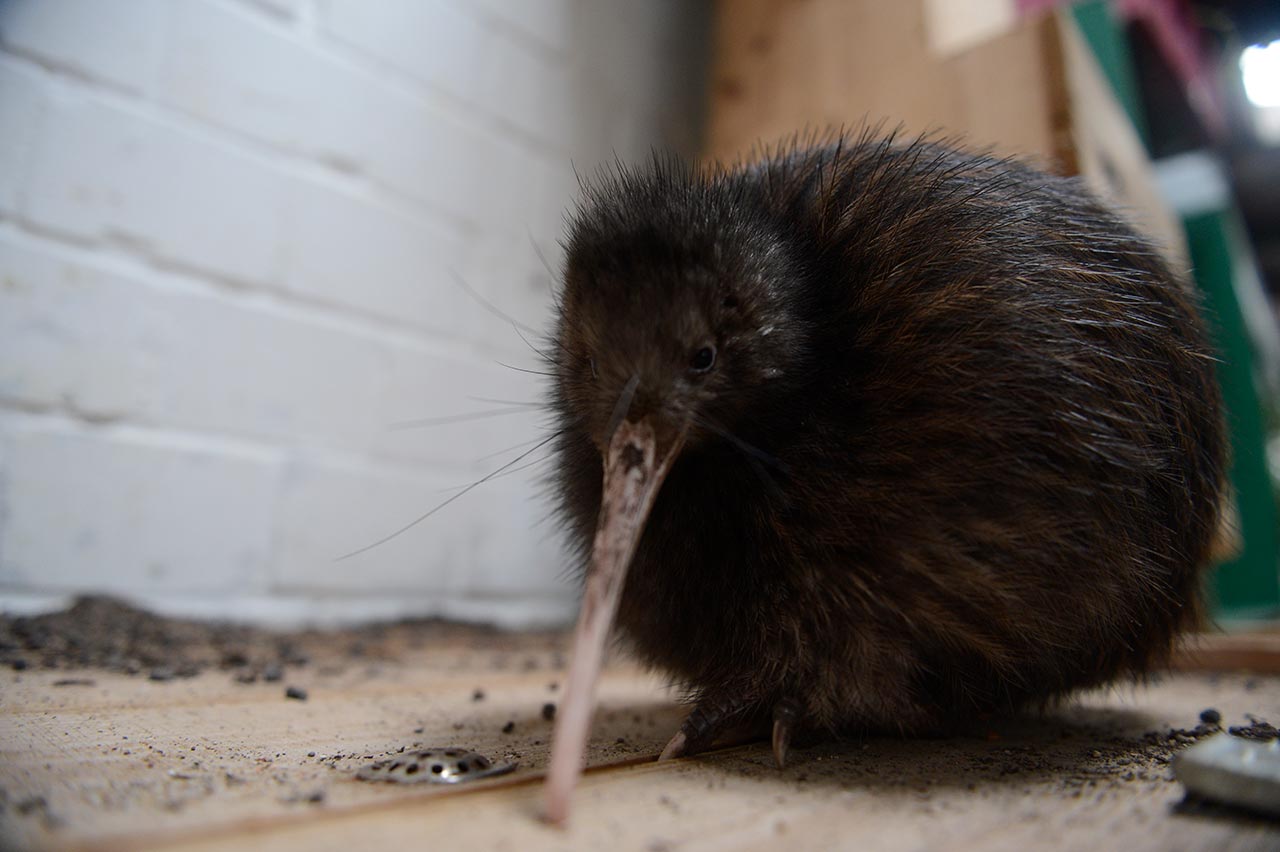 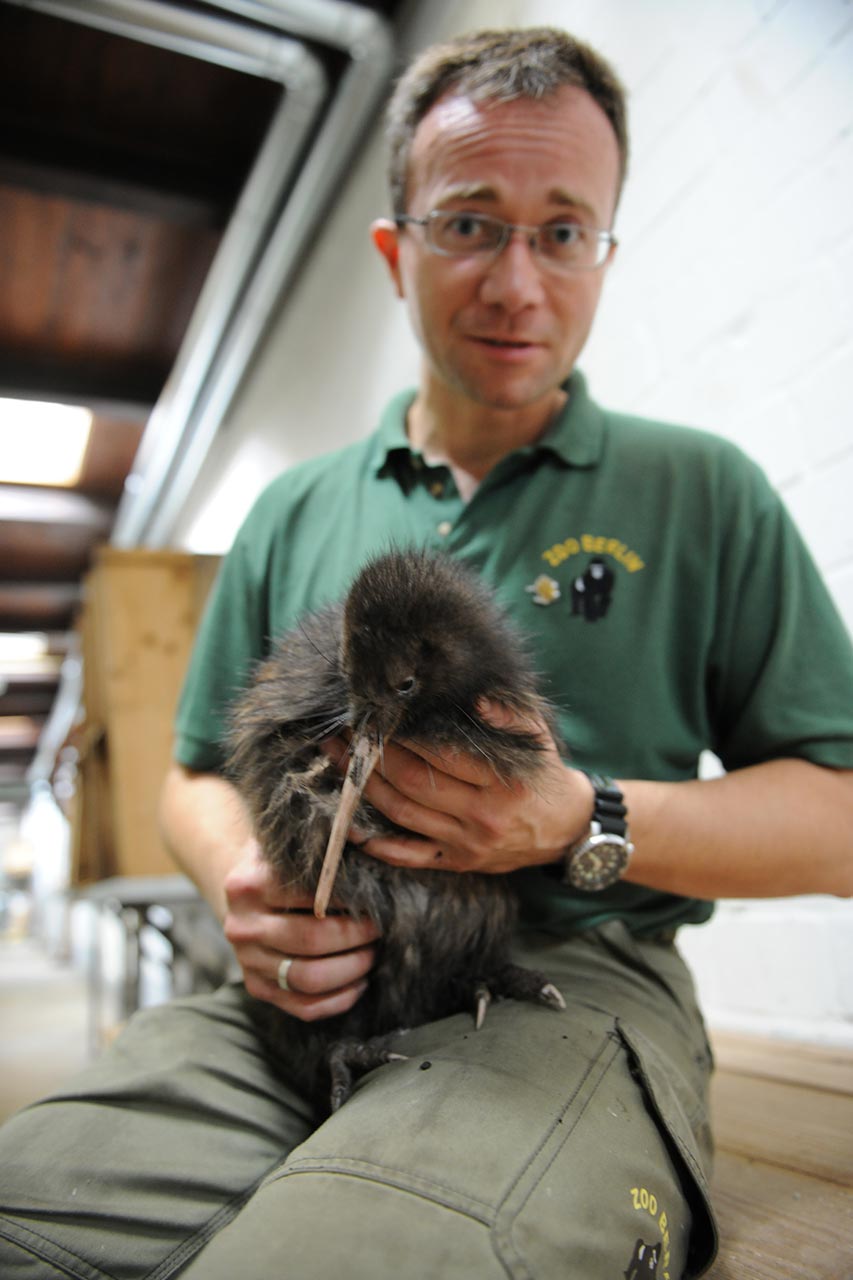 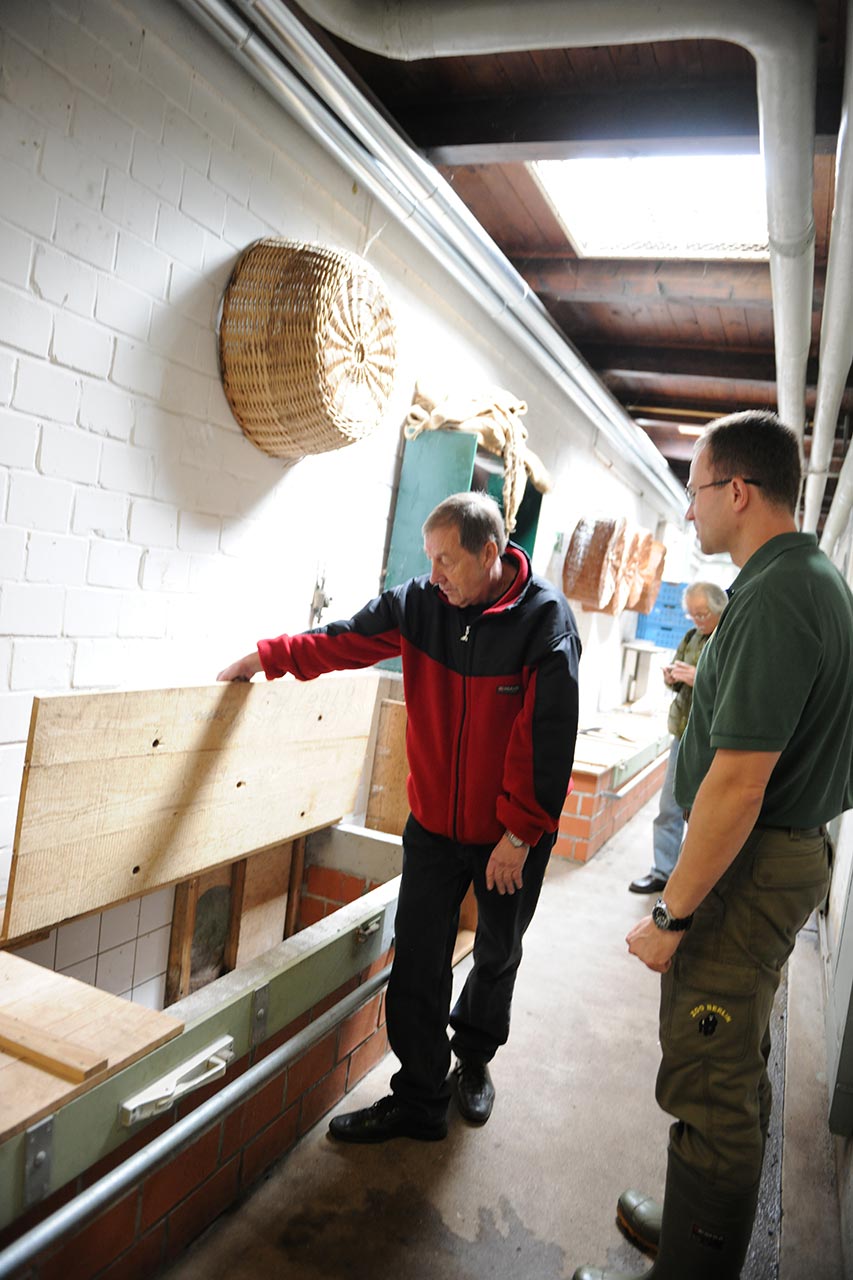 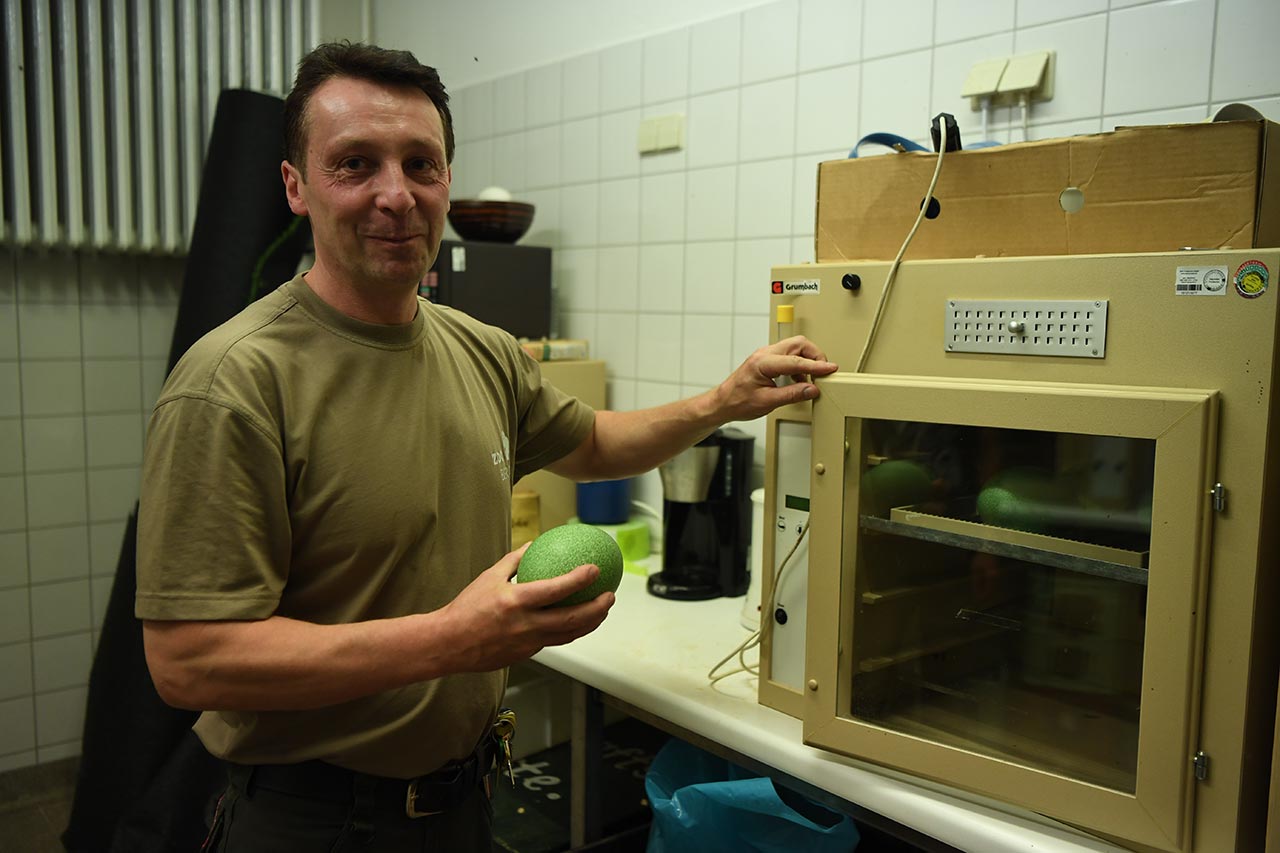 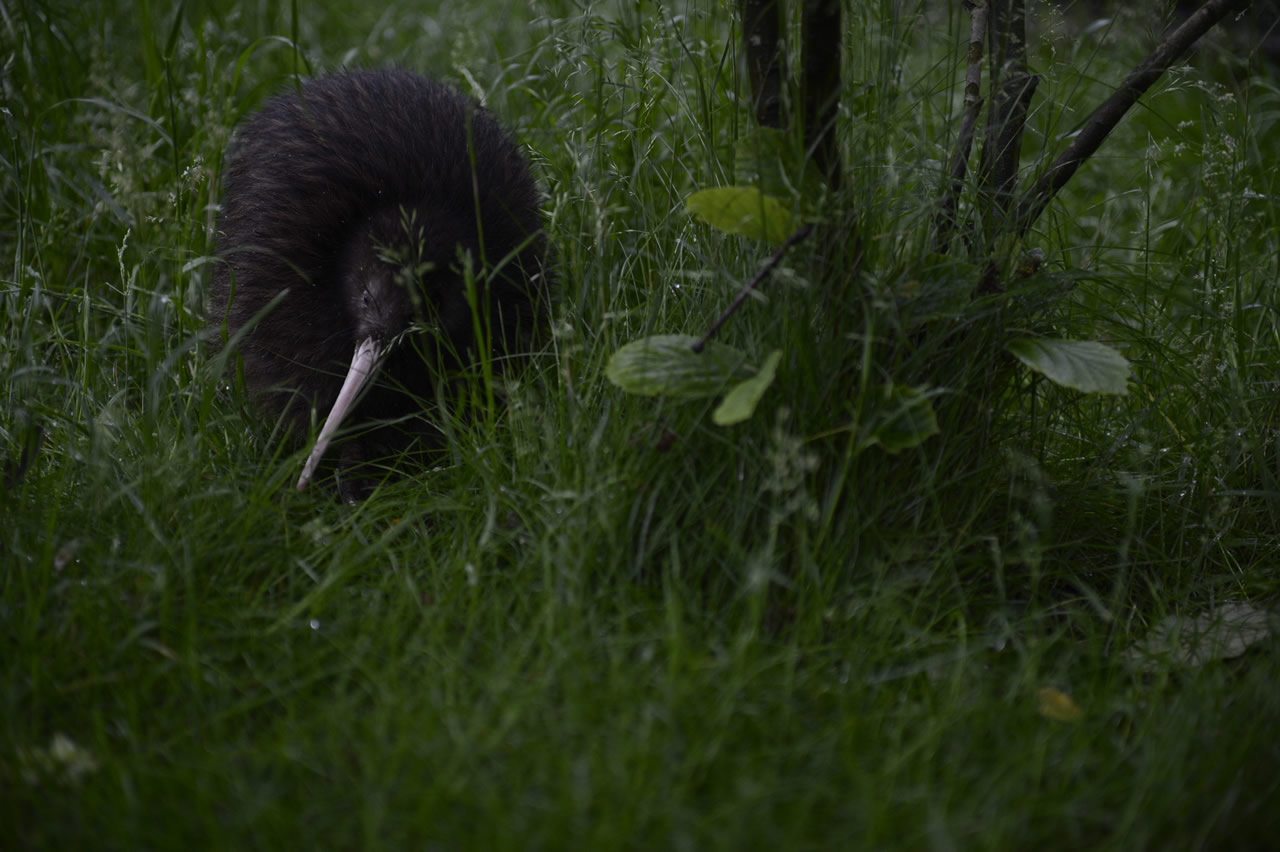 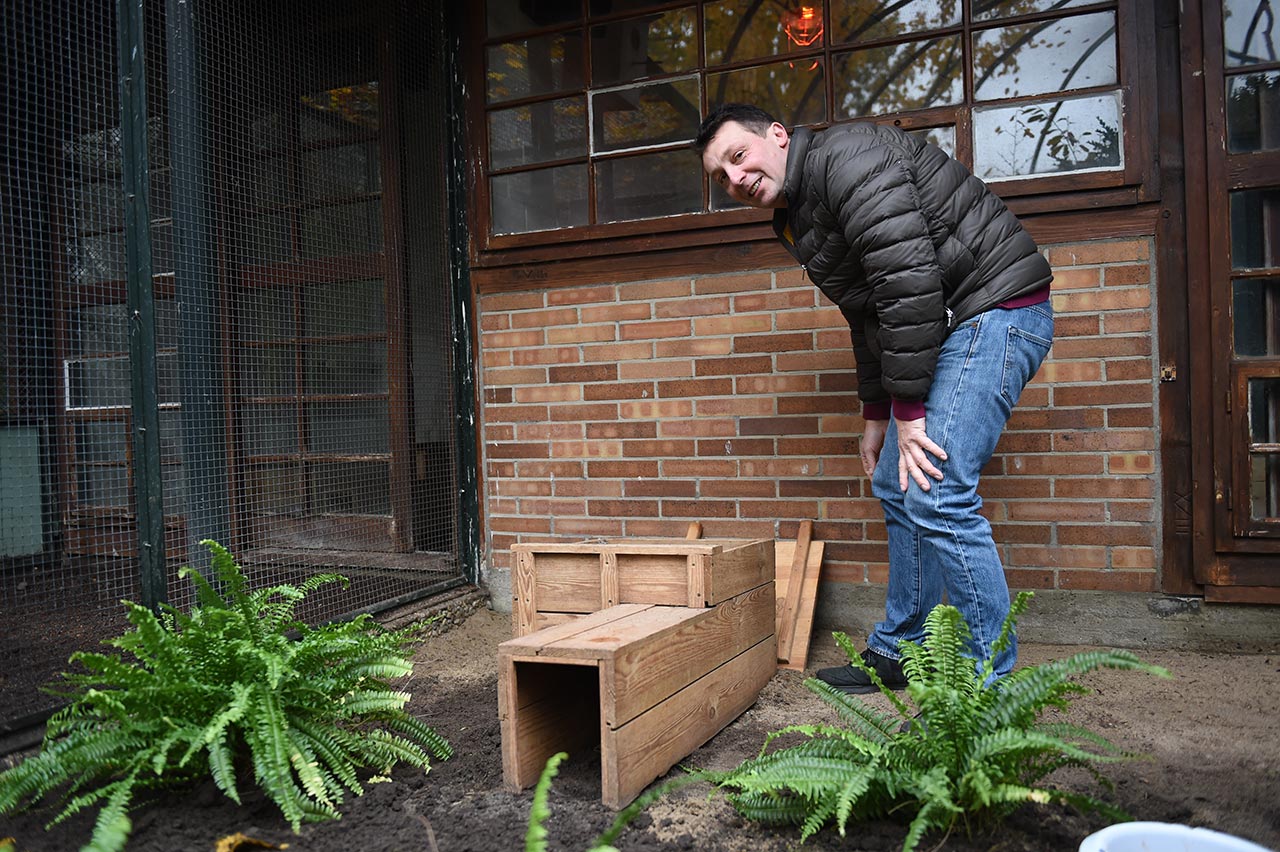 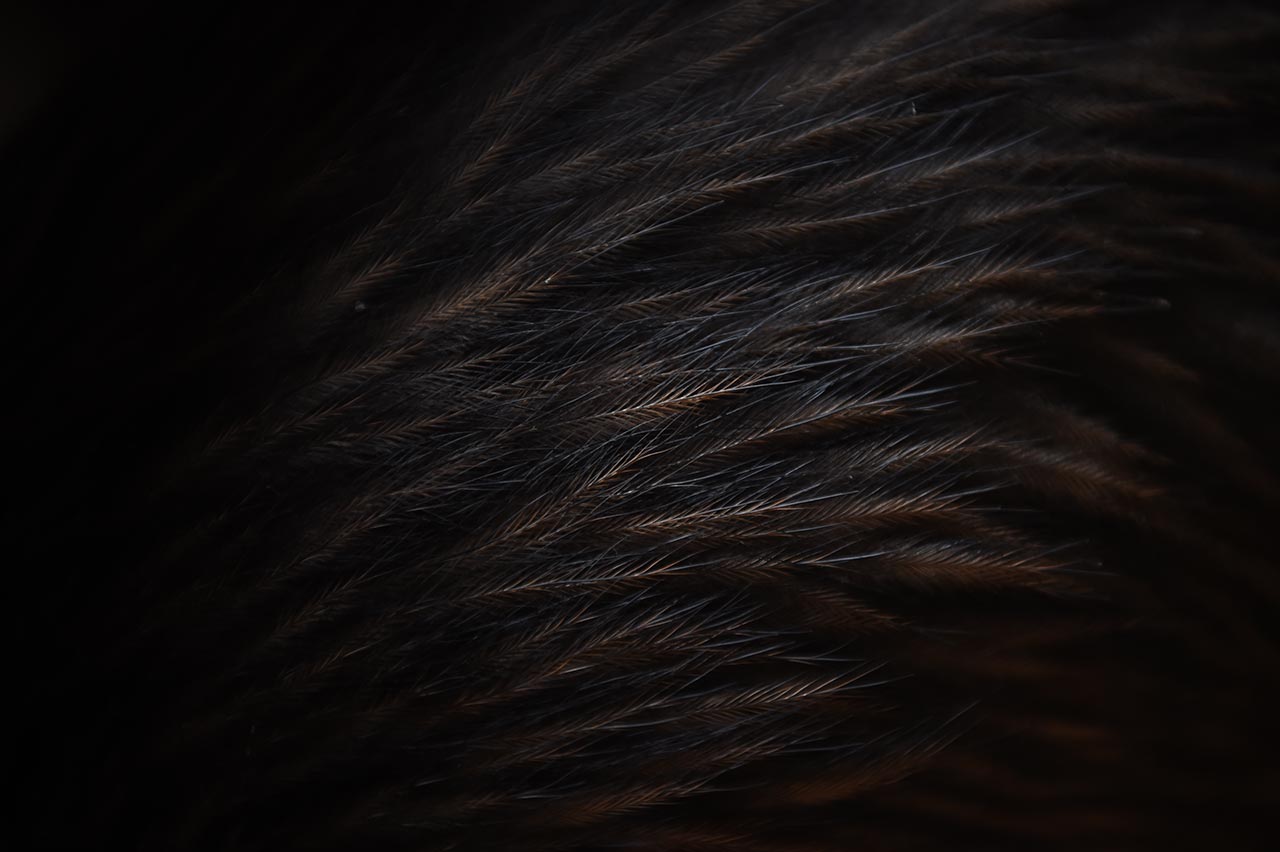 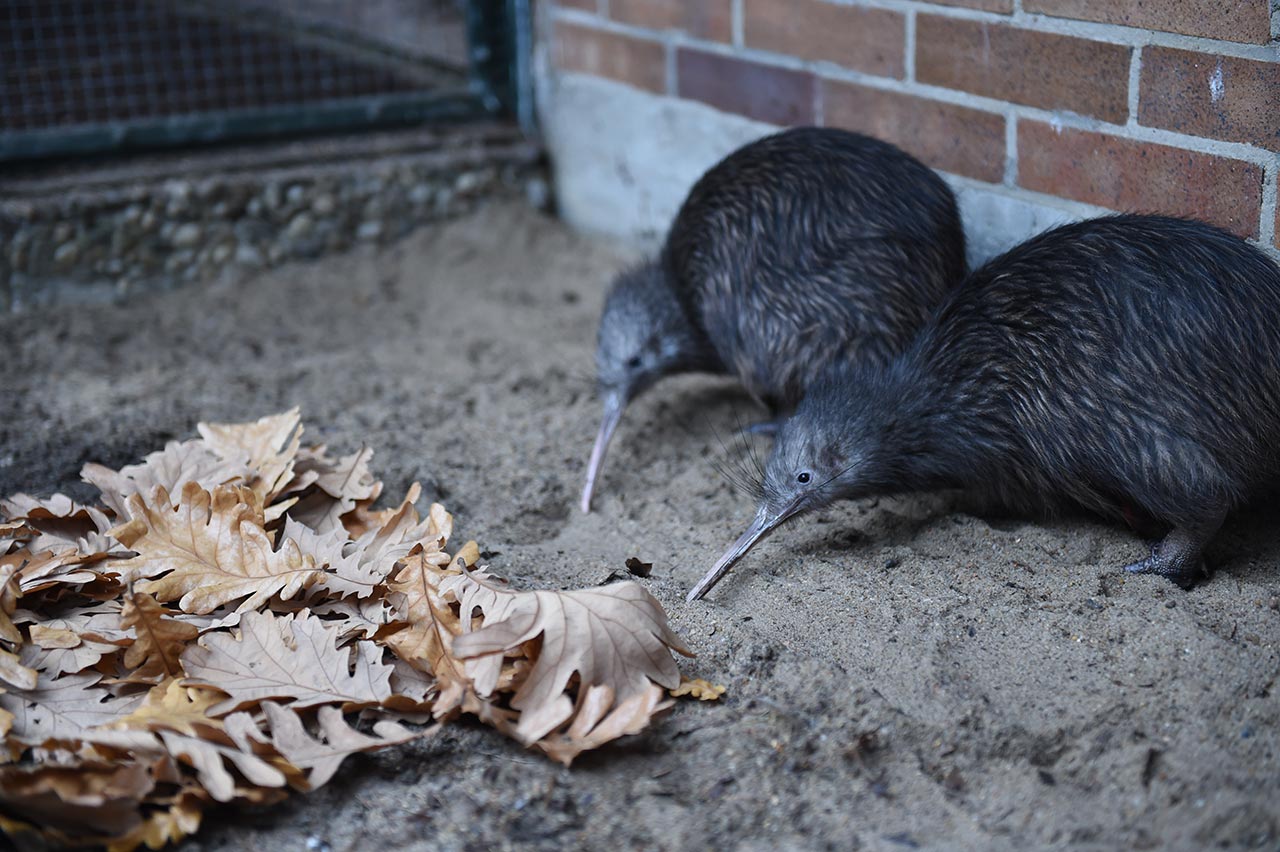 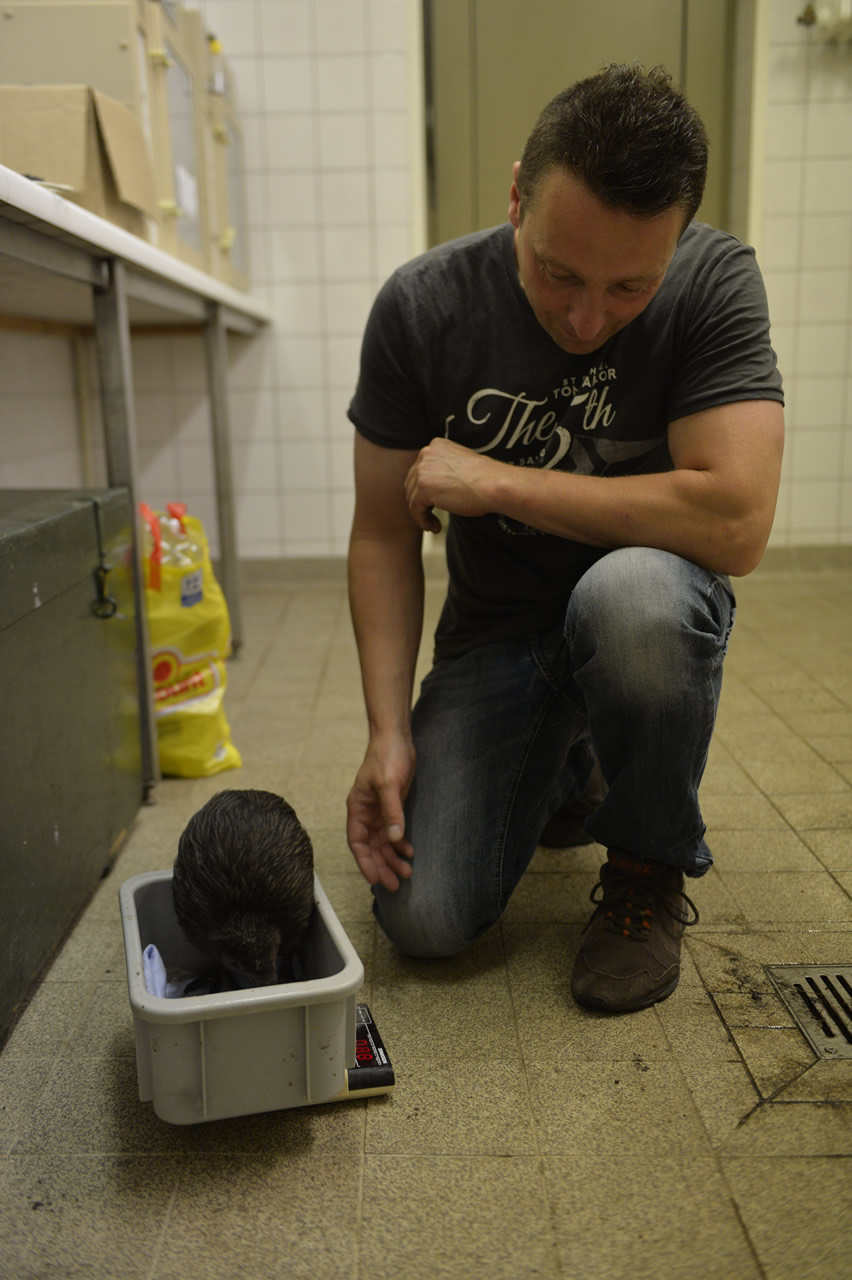 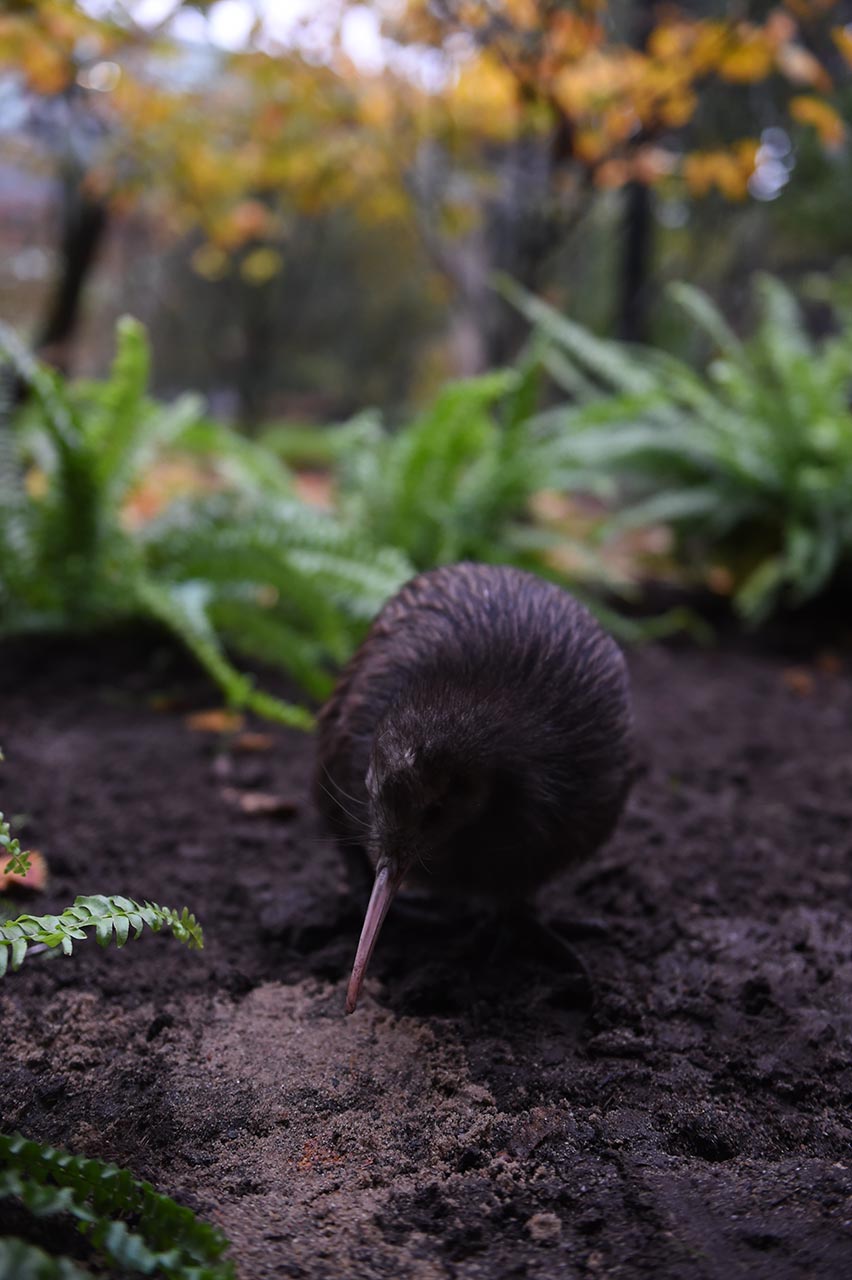 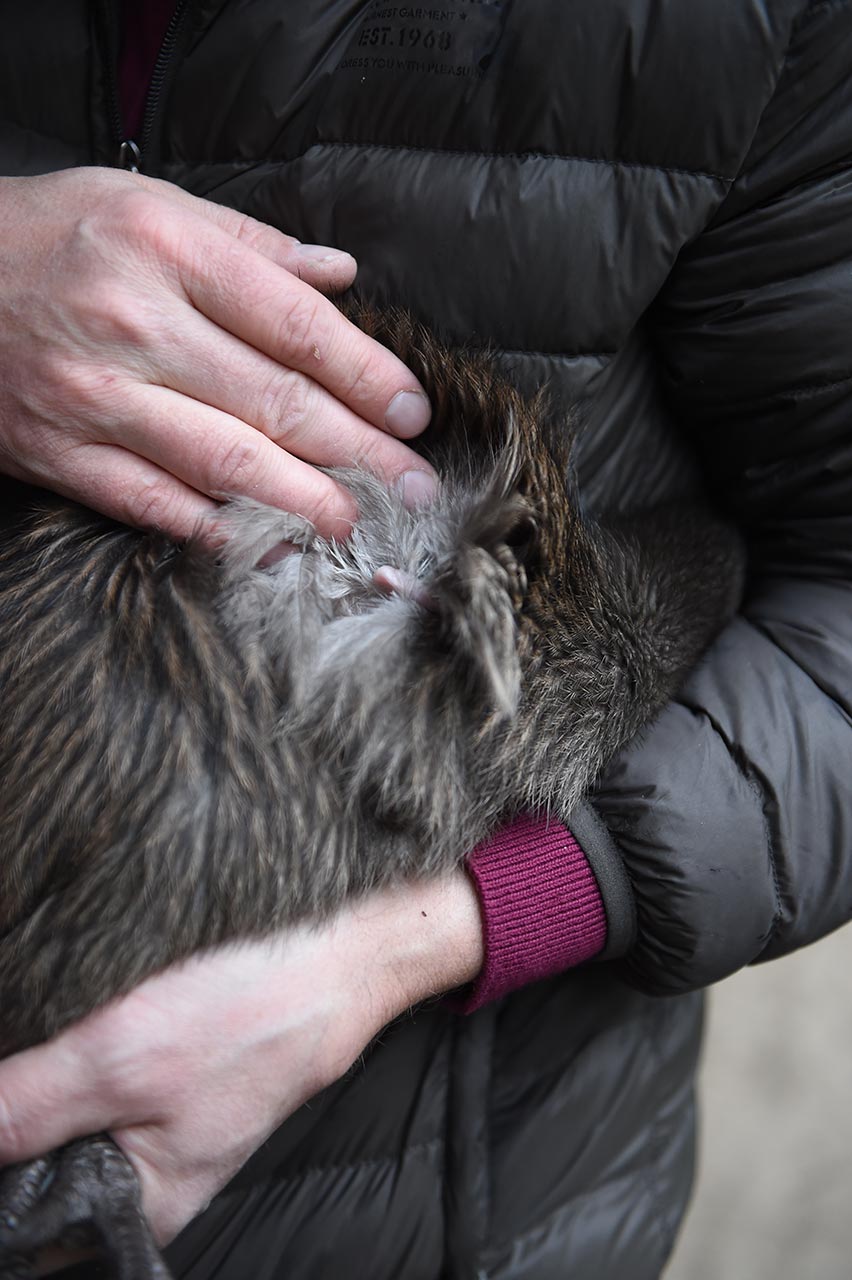 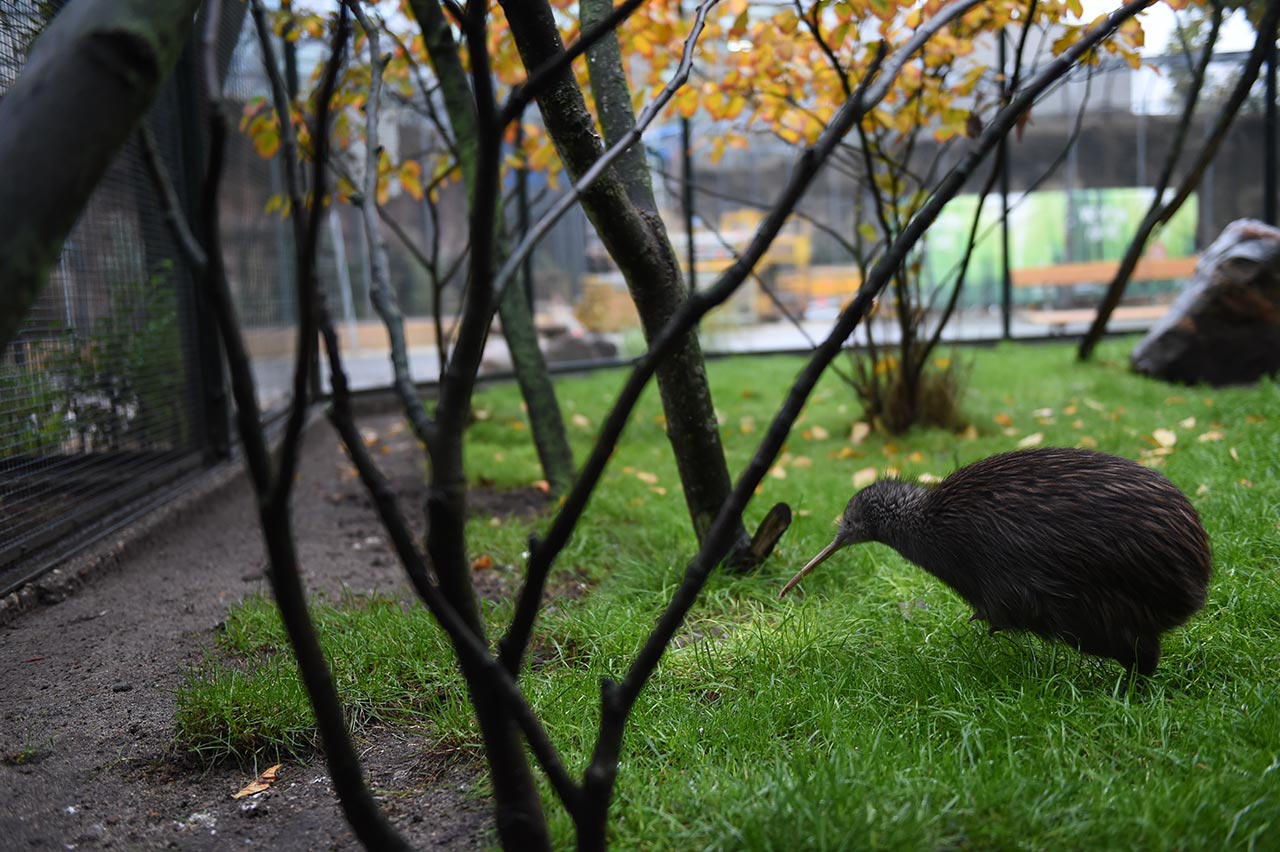 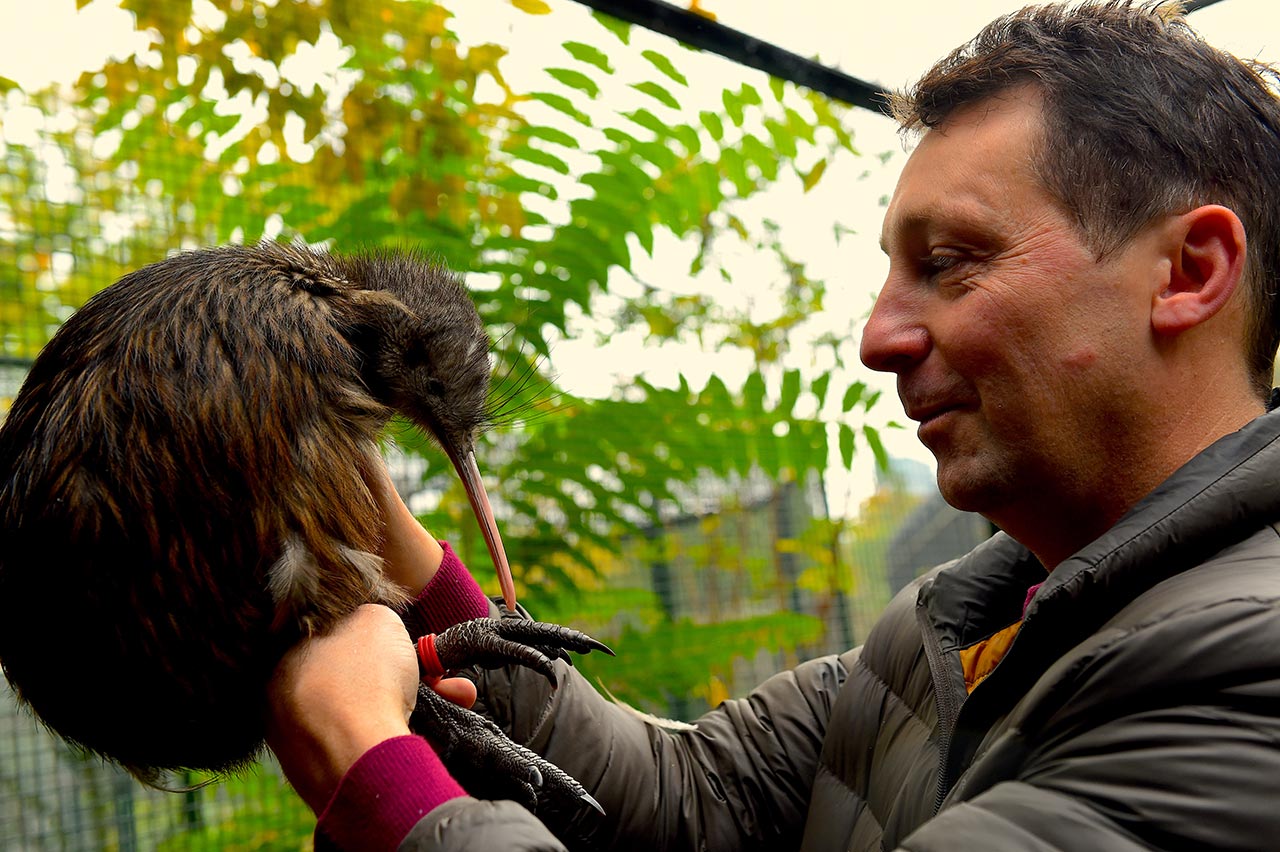 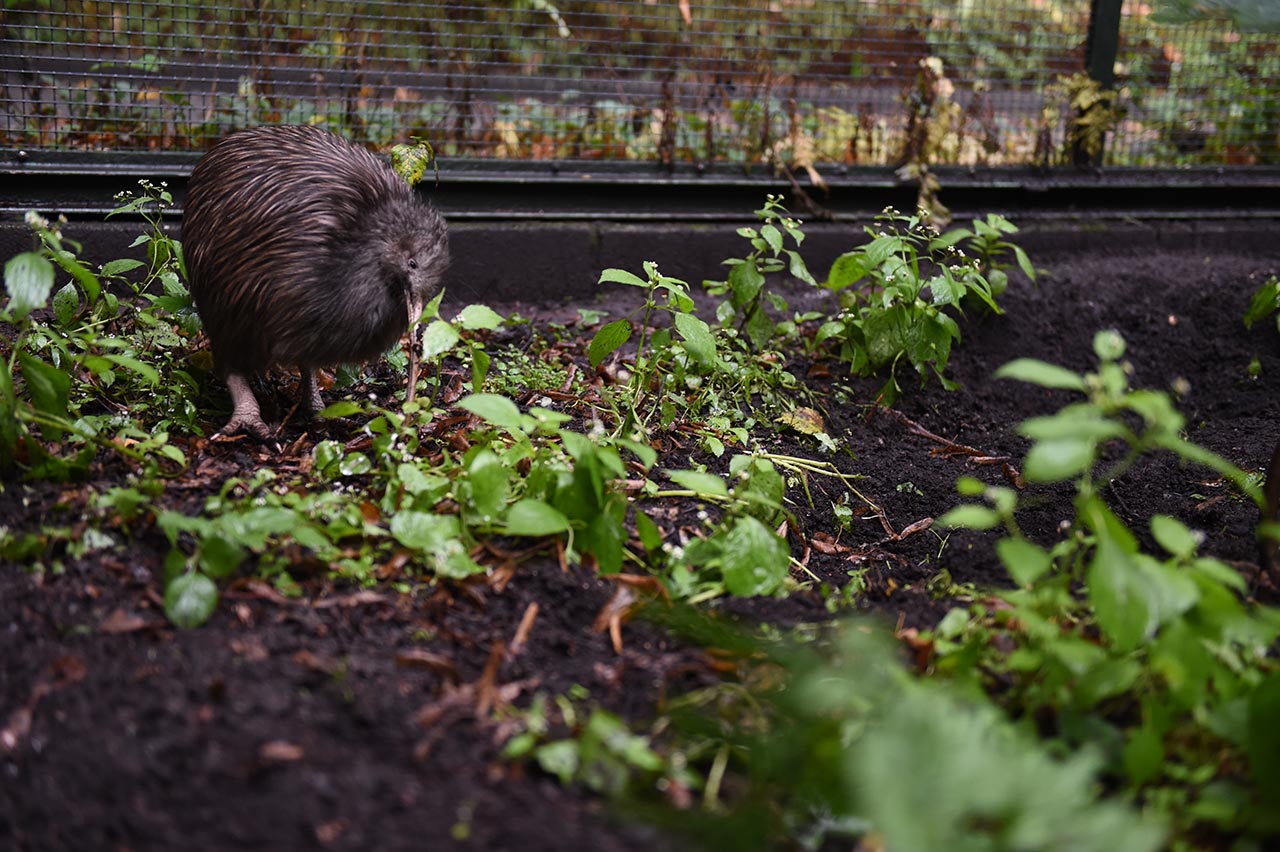